Frying up doughnuts and cooking barbecue—sounds a dream job, doesn’t it? For owners Allen and Karen Tines, the owners of Yummies Donuts and BBQ, it definitely is. The original Yummies Donuts opened in Venice in 1989 and drew an instant following. When the owners retired in 2006, Allen—who had previously worked for them—bought the business. Since then, it’s expanded to include a catering business and a barbecue smoker and has become more popular than ever.

There’s even a doughnut and barbecue sandwich on the Yummies menu. The Sticky Pig is composed of a glazed cinnamon roll doughnut that’s cut in half and filled with pulled pork, barbecue sauce and coleslaw. “One day we were out of buns for the pulled pork,” Karen explains. “A customer said, ‘You can put it on anything!’ so my husband cut a cinnamon roll doughnut in half and the guy loved it. That’s how the Sticky Pig was born.” Don't miss the homemade paczkis Yummies makes every February for Paczki Day, either--they're a one-of-a-kind treat you can only find locally at Yummies. 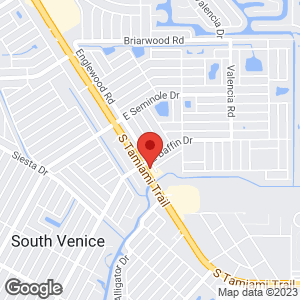 Eight Doughnuts to Eat Before You Die

From red velvet to pork-stuffed, here are nine local doughnuts guaranteed to satisfy your sweet tooth.