Yup Namgoong used to operate Bradenton’s Sam Oh Jung, a combination sushi and Korean spot that he sold a few years back. At that location, 70 percent of his sales were sushi, he estimates. At Ssam Bar, which also offers sushi, that ratio has flipped, with 80 percent of customers ordering Korean. Smart move. Not that the sushi’s not good. It’s just that the Korean is quite tasty.

A bowl of jjamppong ($10) is huge, a cauldron of rust-red broth loaded with thick, chewy noodles, zucchini, onions, carrots, cabbage and a magnanimous helping of mussels, shrimp and squid. It’s spicy enough to get your pulse going, but subtle enough that your tongue doesn’t incinerate. The restaurant’s bibimbap, meanwhile, comes two ways: normal ($12) or served in a superheated stone pot for $2 more. Opt for the pot. The dish emits a crackling sound as our server sets it down. That’s the sound of the rice on the bottom caramelizing, converting the loose grains into a heavenly concoction that resembles a savory rock candy. The soon tofu ($12), meanwhile, is built out of a cabbage-rich broth made from kimchi.

A pick of banchan, small side dishes, accompanies every meal, sharpening the deeper flavors of the soups and broths with pungent discharges of acid and spice. A savory pancake laced with squid and shrimp ($10) makes for an excellent beginner, as does a pot of the restaurant's boricha, an earthy barley tea that's not listed on the menu but that should become a staple. 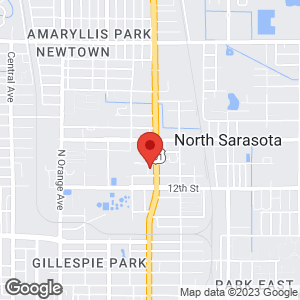 Hungry for Dinner, But Too Lazy to Leave the House? There's an App for That.

The Best Things We Ate in May

Here's what we ate, drank and loved this year.

Thanks for the Memories

The 12 Best Dishes Our Food Critic Ate This Year

Marsha Fottler shares her 12 top bites of 2016 (in no particular order).

Ssam Bar is growing the city’s Korean scene with a menu heavy on the peninsula’s classics and lunch platters that start at just $8.