You’ll find three Star Thai and Sushi restaurants in the area, each one a little different. Seven years ago, owner Tony Supharat opened the first location, a family-style Thai restaurant on Beneva Road, later adding sushi to the mix. After a few successful years there, he opened a more upscale, lounge-style restaurant in Venice. That, too, was a hit, and so he opened a third restaurant on Siesta Key late last year, this one patterned after the popular Japanese after-hours hangouts called izakayas.

Part bar, part restaurant, izakayas—popping up around the U.S.—are casual but never grubby, with dim lighting, stiff drinks and plates made for sharing. The Siesta Key location is swanky and romantic, with private dining tables set behind bamboo screens in the back, a comfortable sushi bar up front and muted-trumpet and brushed-snare bop on the stereo. It’s easy to picture novelist Haruki Murakami sidling up to the bar here for a slug of whiskey during bouts of writer’s block.

Chez Boodparset, who manages the Siesta Key location, says the goal was to “get away from the typical family-style Thai restaurant.” The eatery still serves a long list of Thai and Japanese classics, but you’ll also find less common noodle dishes like lad na and a more inventive than usual sushi menu. The bar also offers an impressive pick of Japanese whiskeys, one of the most popular spirits in the world right now. A Suntory highball, made by mixing Scotch-reminiscent Japanese liquor with soda water and a lemon, is both peaty and effervescent. Take a sip, dive into a platter of sashimi, and it’s easy to forget you’re on Siesta Key, not in back-alley Tokyo. 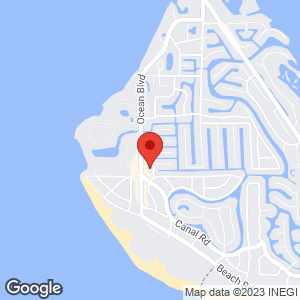 The Best Restaurants on Siesta Key

Siesta Key is home to one of the world's most famous beaches—plus plenty of great restaurants and places to party.

The Best Restaurants in Sarasota

Where to eat right now—and what to order when you're there.

The eatery serves a long list of Thai and Japanese classics, but you’ll also find less common noodle dishes like lad na, a more inventive than usual sushi menu and an impressive pick of Japanese whiskies.