The original, which specializes in traditional Cuban and Spanish dishes, was established in Tampa’s Ybor City by a Cuban immigrant in 1905, and this sister restaurant opened on international St. Armands Circle in 1959, making it the oldest restaurant on our list. Casual and carefree during the day, the restaurant is jazzy and glamorous at night. Some of the formally dressed Latin waiters have tended to tourists and locals for decades. House-blended sangria, of course, black bean soup, paella a la Valencia, hot Cuban bread, hearty plates of ropa vieja. The signature 1905 salad made tableside with Latin theatricality is a must. 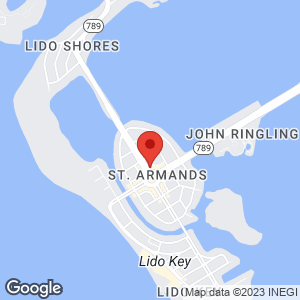 The Way We Were: Mr. Chatterbox, John D. MacDonald and the Herald-Tribune

To Mr. C, the paper’s greatest accomplishment is serving as literary muse to Florida’s greatest storyteller.

At One of Sarasota's Oldest Restaurants, Great Service Matters

These 5 Restaurants Have Stood the Test of Time

Others rise and fall, but these five remain.

Dining Our Way Around St. Armands