In 1986, chef Jean-Pierre Knaggs and his wife Shay revamped a dilapidated downtown gas station across from the opera house into a white bungalow with a French-inflected menu. He eventually expanded from seating for 40 to 140 in three just-formal-enough dining rooms. With a South African/French heritage, he introduced local diners to South African wines, chilled soups, pommes gratin dauphinois, shrimp piri piri, chicken paillard, all on a menu that is refreshingly continental-eclectic. Many businesspeople and city dwellers think of the Bijou Café (and its intimate little bar) as their own club, but it’s a popular tourist spot, too. 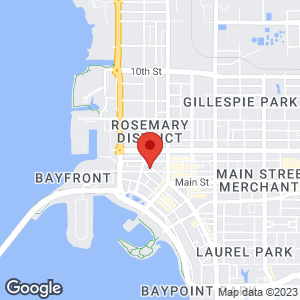 The second outpost of the popular restaurant opened on Longboat Key last October.

These 5 Restaurants Have Stood the Test of Time

Others rise and fall, but these five remain.

Wonderful ways to enjoy the bird.

What to Do in Downtown Sarasota

Downtown Sarasota is the civic and cultural center of Sarasota.